It's A Republic, Not A Democracy or Democratic Socialist Experiment 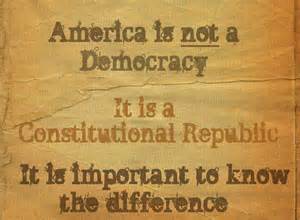 The Founders in deciding what form of government was to be established, made the decision by examining what type of governments were being used around the globe and those throughout history of civilization. At the time the predominant government type was the monarchy. England had established a monarchy like that of the classic Roman republic where there was one head of government with a body of representatives of the people; being a monarchy with a parliament instead of a senate. Later England would remove the monarchy with a prime minister that was chosen by vote by the people and parliament became more than just an advisory committee of a king or queen. But before that occurred, the American colonists, who wanted better, more direct, representation sent King George a Declaration of Independence in defiance to a monarchy that refused to listen to the people.
READ MORE . . .
Posted by Unknown at 10:15 AM No comments:

Email ThisBlogThis!Share to TwitterShare to FacebookShare to Pinterest
Labels: democratic party, Essay, Government, We The People

Ted Cruz: "On The Issues" 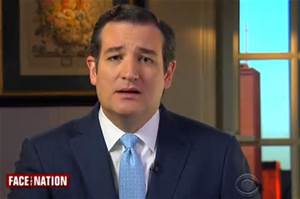 Ted Cruz has been spotlighted in public view with his crusade against business-as-usual 'Washington Cartel'. He is a constitutionalist and spoke out against the US Supreme Court legislating from the bench regarding ObamaCare and Same-Sex Marriage issues. Since he uses the Constitution as a guideline, he has stated that marriage issues should not be addressed at federal level, but at state level. He has opposed the growing bureaucracy of the federal government and the sad state our foreign affairs are in.
READ MORE . . .
Posted by Unknown at 4:38 PM No comments:

Donald Trump: "On the Issues" 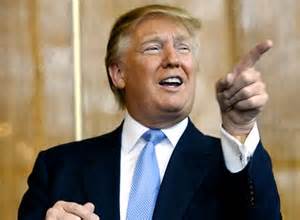 Donald Trump says he wants to “Make America Great Again”. Using the resources of On the Issues website, here is his stance on the following issues:
ABORTION
READ MORE . . .
Posted by Unknown at 2:45 AM 1 comment:

H.R. 3391: Provide Governors of States to Withhold Federal Assistance From Units of Local Govt That Do Not Comply With Immigration Laws

Political Obsession and the Price of Apathy 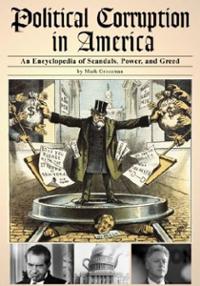 Richard Nixonwas the 37th President of the United States and whose legacy will forever be the Watergate Scandal, code name Operation Deep Throat that occurred in 1972. Five men were caught breaking into the Democratic National Headquarters located at the Watergate business complex. When investigation went into processing, Nixon and his advisors chose to cover-up the incident. Few will remember that President Nixon made profound statements like:

The people's right to change what does not work is one of the greatest principles of our system of government.

The US Congress and political elements of the executive branch over the decades have been guilty of continuing the same policies and ideologies despite proof that they do not work or achieve results expected or professed.

Natural Law: With Freedom Comes Responsibility And Acceptance of Our Choices

When in the Course of human events it becomes necessary for one people to dissolve the political bands which have connected them with another and to assume among the powers of the earth, the separate and equal station to which the Laws of Nature and of Nature's God entitle them, a decent respect to the opinions of mankind requires that they should declare the causes which impel them to the separation. We hold these truths to be self-evident, that all men are created equal, that they are endowed by their Creator with certain unalienable Rights, that among these are Life, Liberty and the pursuit of Happiness. — That to secure these rights, Governments are instituted among Men, deriving their just powers from the consent of the governed, — That whenever any Form of Government becomes destructive of these ends, it is the Right of the People to alter or to abolish it, and to institute new Government, laying its foundation on such principles and organizing its powers in such form, as to them shall seem most likely to effect their Safety and Happiness. ...

To Reform Our Government, We Must Reform Ourselves 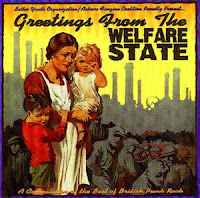 Forty-million Americans are on food stamps, 26 million more than in 2007 before Obama was elected. The cost to government is $77 million, and FBI Reports show there is a huge increase on abuse of the system; along with abuse of other programs like Medicare by medical practitioners. Presently there are 70 programs that provide cash, food, housing, medical care, and social services to low-income persons. The total cost is almost $1 trillion.
Daily Caller:

Adjusted for inflation, welfare spending is 13 times higher today than it was in 1965, when Washington launched the War on Poverty [President Lyndon Johnson]. Yet the proportion of people living in poverty remains essentially unchanged.

Email ThisBlogThis!Share to TwitterShare to FacebookShare to Pinterest
Labels: ode to the welfare state, Reformation

"Facts Are Stubborn Things" - America Needs To Get A Grip

Facts are stubborn things; and whatever may be our wishes, our inclinations, or the dictates of our passions, they cannot alter the state of facts and evidence. – John Adams

What If 20 Million Illegal Aliens Left US? 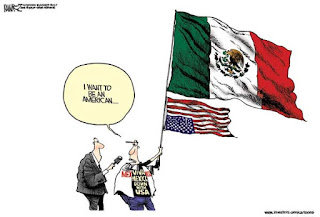 I, Tina Griego, journalist for the Denver Rocky Mountain News wrote a column titled, "Mexican Visitor's Lament."[2005]
I interviewed Mexican journalist Evangelina Hernandez while visiting Denver last week. Hernandez said, "Illegal aliens pay rent, buy groceries, buy clothes. What happens to your country's economy if 20 million people go away?"
Hmmm, I thought, what would happen?
So I did my due diligence, buried my nose as a reporter into the FACTS I found below.
It's a good question... it deserves an honest answer. Over 80% of Americans demand secured borders and illegal migration stopped. But what would happen if all 20 million or more vacated America? The answers I found may surprise you!

Alarmists Focus Upon the Wrong Scenario

When progressives feel their nonsensical ideology is being threatened or they cannot intellectually continue in an intelligent discussion, they turn to name calling: “Islamophobic” and “Tea Bagger” are two prime examples. Meanwhile as they swallow their indoctrination like some righteous cure-all pill, collectivism replaces individual liberties and their contempt of the Constitution and its amendments is replaced with an American version of socialism, like they promote here in Wisconsin as the “Wisconsin Idea”.
Once again, economic downturn and fear of the future they insist upon their form of government being the hallowed savior from problems they have caused, evil empires are forming.
Islamic fascism has replaced the Nazi scheme of superiority and a theocratic plan of a form of “Final Solution” and the Chinese replace the global domination goals of the Imperial Japanese.
READ MORE . . .
Posted by Unknown at 5:39 AM 1 comment:

In Ann Coulter's new book: Adios, America: The Left's Plan to Turn Our Country Into a Third World Hellhole reveals facts for those who back the unconstitutional Obama Amnesty that will work as well as Obamacare:
READ MORE . . .
Posted by Unknown at 7:47 AM No comments: