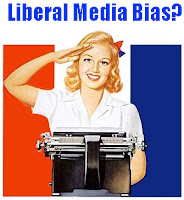 With less than 24 hours until polls open in most of the United States, the media seems to have taken on the role of the young boy with his finger in the dike, doing their best to plug leaks that will hurt incumbent and liberal Democrat candidates so that voters will not have critical information to help them decide how to vote.

The media would have you believe that in California, former Governor Jerry Brown has already won with poll reports showing Meg Whitman trailing and Barbara Boxer surging to a low single digit lead over Carly Fiorina. Sources associated with the Whitman and Fiorina campaigns have indicated that internal polling actually shows Whitman and Fiorina to be much more competitive than the media would have you believe, and in some cases, beating Brown and Boxer who represent the relics of failed Democrat ideals.
Read more . . .
Posted by Erica at 3:30 PM