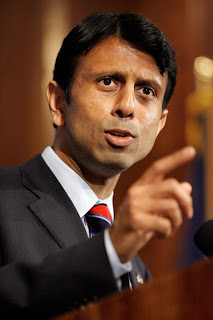 Gov. Bobby Jindahl is a good, conservative Governor for the State of Louisiana. Unfortunately, similar to Sen. Marco Rubio, Gov. Jindal cannot be classified as a natural-born citizen, and thus he also is not constitutionally eligible to run for President.  I know this is a sad thought for conservatives like myself, but if we wish to protect and uphold the Constitution, we must look to history for an explanation.

Jindal was born in Louisiana, as his recently released birth certificate attests (below). However, at the time of his birth, both of his parents were recent immigrants to the US from India.  His mother was three months pregnant when she arrived in Louisiana. Thus, Jindal is simply a native-born citizen. The good news is that if Bobby Jindal's wife was a citizen when their children were born in the US, then they will have attained the status of natural born citizenship, which means they can one day run for President. I'll try to explain further.

It is too commonly assumed that a child born on US soil automatically becomes a natural-born citizen. This is an historically incorrect assumption, but what else can we expect from a population that has been poorly educated about the intentions of the men who wrote our Constitution? Over a period of 250 years, much history has been cast aside by educators and others with a political agenda. However, court records, congressional records, and documents in The National Archives have resurfaced due to the diligence of people profoundly concerned with finding the truth. Below is a short list of some key people who have studied this issue at great length and at great personal expense:

The framers were seriously worried that someone with foreign allegiance would become President and Commander in Chief, and subsequently undermine the US government. (Which is exactly what Barack Obama did when he secretely gave $23 Million American dollars to Kenya to ensure the ratification of it's new Constitution! Coincidentally(?), because of the way their constitution was written, Obama is now eligible to become President of Kenya.)

Using the writings of Vattel in The Law of Nations, and a letter of warning from John Jay to George Washington, the framers designated a unique class of citizen as being the only type of citizen qualified to serve as President.  Natural-born citizens are children born on US soil to parents who are both US citizens at the time of their child's birth, regardless of how the parents acquired their citizenship.  People born on US soil to one or two immigrant parents are simply native-born citizens, according to current interpretations of the 14th Amendment. Furthermore, the 14th Amendment does not even mention the term "natural born." These two types of citizenship are not equivalent! They both have the same protections and privileges of citizenship, but only the natural born can be President.

As a constitutional scholar, Barack Obama knows full well that once the public listens and finally understands our framers' intentions and the correct definition of these citizenship terms, they will realize he is not eligible to serve as President. Even if Obama was born in the US, he is disqualified because he holds dual citizenship with Britain through his father. 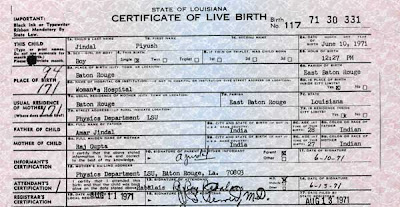