SMRSTRAUSS: The Total Reveal & Their Tangled Web | by EricaThunderpaws 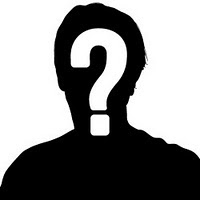 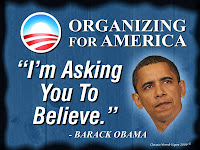 On February 11, 2010, I published Exposé: Obot SMRSTRAUSS Finally Unmasked!  My article revealed the prolific commenting activities of an obot who was (and still is) papering virtually every conservative blog with repetitive disinformation.  He is on a mission to defend Barack Obama’s eligibility to serve as President of the United States against those who argue that Obama isn't qualified because of his dual citizenship with Britain and/or due to unanswered questions about Obama's place of birth.

A simple Google search for comments made by, to, and about smrstrauss today returns around 20,000 hits.  In my first exposé, I did not reveal the full identity of smrstrauss, even though I knew who he was after extensive research.  However, since publishing that exposé, smrstrauss has visited my blog again with more “cognitive infiltration,” likely following the suggestions of Cass Sunstein, who now head's Obama's Office of Information and Regulatory Affairs.  smrstrauss was warned that another post would force my hand, and that warning was ignored on March 12, 2010.  So, are you ready for the reveal?

Ladies and gentlemen, let me introduce you to Paul R. Strauss and his wife, Ann Fenlon Strauss, who work as a team of obots with a mission to defend Obama's eligibility to serve as President.  Mr. and Mrs. Strauss live in Arlington, MA.   Disclaimer:  Although the names are similar, Paul R. Strauss is NOT Paul Strauss, the Shadow Senator representing Washington, D.C.

Paul R. Strauss (now 68) married Ann Fenlon Santomasso on June 16, 1984 in the bridegroom’s Manhattan apartment.  At that time Ann was a senior research biologist at the Sloan-Kettering Institute for Cancer Research, and Paul was a financial editor of Data Communications.  They were married by Rev. Louis Giola.  Paul received his master’s degree in communications from American University, and Ann received her degree from the College of New Rochelle. Today the Strauss’s live in a 5,329 sq ft. home in Arlington, MA, presently valued at $496,400.

More recently, Paul appears to be retired, although in 2004 he worked for IDC Inc. as a Research Analyst.  In 2004, Ann stated her place of employment as Millennium Pharmaceuticals, Inc. (Click the symbol MLNM for the company's market performance).  Considering Obama’s private deal with big pharma, Ann’s connection to a biopharmaceutical company says all that needs to be said about her motives for becoming an obot for Obama.

On January 25, 2010, smrstrauss (Paul R. Strauss) said on my blog, “ I am not Paul Strauss of Washington DC. I am Samuel Strauss of Cleveland, Ohio. And I have not been paid by the government. Just the reverse, I was a contributor to Obama's campaign.”

No records were found in Ohio to confirm his comment.  However, from the very beginning I assumed that some portion of the moniker "smrstrauss" reflected the person’s real name, so I checked several campaign donor lists.  I already knew from various ip addresses that smrstrauss lived somewhere in Arlington, MA.  Thus I began my search using Strauss and the city and state as keywords, and voila!  I found Paul R. Strauss, plus I found his wife, Ann, on the same page.  As the contribution list below reveals, between 2004 and 2008 this couple donated $13,500 to Democratic candidates, so they are seriously involved in Democratic politics. Since Paul now says he is retired, he probably has a lot of time on his hands to take on the role of an obot.

The most interesting donation, from my perspective, is also the largest:  $2,300 to Barack Obama on October 5, 2008.  It was around the time of this donation that the moniker smrstrauss began infiltrating virtually every conservative blog that had the temerity to question Obama’s eligibility to serve as President.  In fact, there were so many comments on conservative blogs that it seemed unlikely only one person was posting all of them.

Fortunately for Obama, and unfortunately for those who continue to challenge Obama's eligibillity, smrstrauss and company have succeeded in marginalizing their opponents by calling them "birthers" as a derogatory term. Their intent is to make it seem that all eligibility challengers are chasing the ephemeral birth certificate, when in fact a large number of people believe the constitutional definition of the term "natural born Citizen" takes precedence over place of birth, even though both are important.  Challengers to Obama argue from a historical perspective that the designation of "natural born Citizen" is reserved for citizens born on American soil to parents who are both American citizens, whether those parents are naturalized or natural born.  Barack Obama has dual citizenship with Britain through his father, who was a subject of the U.K.  Also see "Obama Knew He Wasn't Eligible for POTUS."

Thanks to bloggers who responded to my call for help, I have collected a long list of ip addresses, all of which were linked to people using the moniker smrstrauss.  It wasn't until February 2010 that I knew for certain that smrstrauss was, at the very least, working as a team with his wife.  Ann Strauss used multiple monikers and email addresses, such as:  ann1, annone, ann2, ann3, annfen@aol.com, and annf@aol.com.  If you search the Huffington Post, you will find that ann1 has made a large number of comments since she joined in February 2008.  If you want to become one of her "fans", you'll first have to register.

On March 11, 2010, Paul and Ann began using completely new monikers and email addresses.  Furthermore, they have recently started using an anonymous ip server.  At this writing, they are using Ohio (clearly this state has special meaning to the Strauss's) as a moniker and two new emails:  ooooohboyohio@gmail.com and ooooohio@gmail.com.  As you review the table below, notice the start date of his/their activity, and how the ip addresses and locations changed over time.  While it's possible Paul and Ann have traveled a lot since Sept/Oct 2008, it is also possible they have been working with a group of individuals, all using the same moniker.  This table, by the way, doesn't represent even the tip of the smrstrauss iceberg.  My table simply lists information I gathered from a few contributors, and from my own blog. Search the internet for smrstrauss, and you'll see what I mean.

Database of Ip Addresses for Smrstrauss

If you clicked the ip addresses on that table, you will have noticed that city names and latitude/longitude coordinates are shown.  However, don't assume those readings reflect the pinpoint location of someone's computer, or even that the information will be the same every time you click the ip address link.  Let me demonstrate.

To test what I'm about to say, first go to IPChicken.com.  When the window opens, you will see your own ip address.  Write it down.  Now go to InfoSniper.net and enter your ip address.  Zoom in on the map and you will most likely discover that the location marker is miles away from the location of your computer.  Also write down your lat/long coordinates shown on InfoSniper, then go to Google map and enter the coordinates like this without the brackets (42.4247, -71.1112) in the search box.  You'll probably find the marker is miles away from your computer location.  Repeat this process a month from now, and you'll probably discover that the marker has moved to a new location several miles in a different direction, maybe even to a nearby town.  The reasons why this happen are complex, but it's important you understand that it does happen, and always remember that a marker will only give you a rough approximation of a computer's location at that moment in time.  Depending solely on this kind of information will lead you astray.

If, as I believe, the Strauss's are not working alone, then who might they be working with in Massachusetts since those ip addresses are dotted all over the state?  Well, some interesting coincidences may reveal the rest of the story.

As we all too painfully know, the Obama administration is hell-bent on forcing universal health care on the American people even though we don't subscribe to his statist vision.  If you followed the links above, you will realize just how intensely the Obama machine is focused on this agenda.  If you register for a group in your area, you will receive invitations to participate in training seminars.  Recently, blogger Carol Greenberg went undercover into one of the OFA training seminars, and came away with screen shots of their behind-the-scenes computer databases.  Carol's article reveals that the Obama machine has a highly sophisticated system in place for training people how to manipulate and influence the public to the statist's way of thinking, and to call people into action.  The Obama machine is unlike anything we've seen before, except perhaps the propagandists plying their trade during WWII.

Other examples of the OFA's handiwork include Radio.BarackObama.com as well as their National Intern Organizer Weekly Curriculum for high school students (i.e., creating Obama brownshirts--parents beware!).  So it is reasonable to assume that an arm of the Obama network may have initiated one or more seminars to teach obots how to counter challenges to Obama's eligibility.  In other words, how to cognitively infiltrate "conspiracy blogs".  I suspect OFA supplied the talking points, just as they are now doing with health care and their attempts to disrupt talk radio.

One of the big players in OFA is Joan Axelrod Lehrich, the sister of David Axelrod.  She is a self-employed learning disabilities consultant.  Joan is also a Group Administrator on My.BarackObama.com, specifically representing her local neighborhood in, ta da!, Arlington, MA!  (You'll have to register in order to view that link.) Joan is active in the Arlington Democratic Town Committee.  Her only campaign contribution on record for 2008 is found on the Huffington Post in the amount of $356 to support Obama.  The Strauss's have been far more generous with their money!

What's really interesting to me from viewing property records is that Joan Axelrod Lehrich and Paul and Ann Strauss live only 2.4 miles apart!  Do they know each other?  My instincts say it's very likely that they do.  Coincidentally(?), if you register, and then visit the Arlington, MA Neighborhood that Joan moderates on My.BarackObama.com, you'll discover someone called "Paul" in Arlington who lists Joan Lehrich as a "Friend." There is a picture of Paul, but I can't say with certainty that this is our Paul R. Strauss.